"I'm just trying to figure out what to do with my weight," he said.
The base of Nodhara has become the state government. For us, it is a tool of service, not to be enjoyed.
That is what he said. In
The government has realized a decisive government with transparency. With Savan Dena: 2 Janoni
Vadena has given the word. He showed the ability to make the promises of God.
Was. 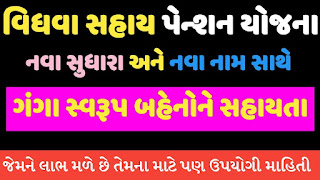 Vijaybhai Pani praised the service rendered by the sisters. He
In the service work of the state government to help widows and widowers, I said.
The legislature has come forward. He did not solve the problems of the oppressed society
It is a tax. With the help of the government, a house can be found with the help of the government.
The development story is glorified.
The state government has come up with schemes to benefit the people of Chhewada.
The government of Kay has acted responsibly. Government with transparency, people deliver schemes
Is. No one has to resort to middlemen and the help is directly in the hands of the beneficiary.
He added that it is true. In

The government should take initiative with all in the name of development to solve the problem of poverty.
Is. The 6th night's head income was Rs 12 lakh two decades ago and it has gone up to Rs 2 lakh.
In order to facilitate the welfare of the people, all of them have to be vigilant at night.
H. I am leading the way for the sub-society in the service of education, health, at low cost.
Employment, Housing is the key to development by allocating a substantial amount in each sector.

He also said that the state's budget is more than Rs 2 lakh crore.
Ȥ Juraat Idial Doth, Forerunner is at the forefront of e-Weight, with its social
The tax of harmony is moving towards building an exploitative society. State
The government has made plans for the poor, widows, widowers and the poor with a sense of social upliftment.
The status quo has been transformed into a system for the creation of a prosperous society.
Widow's Assistance for Distribution of Pension Orders
He was awarded the Olpad Dharasya Yi Ku ભાઇ shabhai Patalness of the Uyam Nidhi.
Share Tweet Share Email
Newer Post Older Post